Words have a lot of power, and I like language that is very specific. I’m also interested in where words come from and how slang evolves. To this point, I’ve often wondered about the use of the word “girls” when people in the fashion business refer to models.

It is true that most of us models are still girls when we start out. But even now I catch myself asking, “Will there be any other girls on the shoot?” At a certain age (and I’m not sure where, exactly, the line is, but I know I’ve crossed it) I feel a bit ridiculous referring to myself as a girl. Yet asking, “What other women will be at the shoot?” does kill some of the whimsy and, well, “girliness” of being a model. 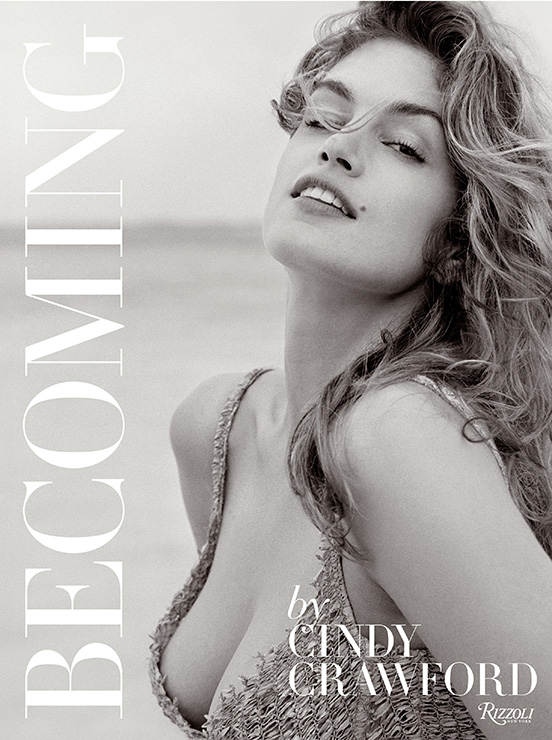 At times I’ve worried that calling models girls is a subliminal way of keeping us from growing up and owning our power. In some ways, it even serves the “powers that be” to treat us like spoiled children—giving in to our demands of another latte from Starbucks or a bigger dressing room—while keeping the real power out of our hands.

I love being a model and so much of what it entails. But, as hard as I try not to, I am growing older. I’m also maturing and gaining insight, becoming more my authentic self. I want to honor and acknowledge the girl I once was while embracing the woman I am today, and I even look forward to the wise woman I hope I will become in future decades.

Maintaining this attitude can be challenging in our youth-obsessed culture. The process of compiling all these images and putting this book together has been an introspective journey for me. In looking back, I see how so much of the confidence I have now was gained through my life experiences. I’ve been working for a long time to get to the place where my interior self matches the exterior you see in these images. I, too, want to feel like the confident, strong, powerful woman I see on these pages. And even though I may look a little older than she does, I am starting to feel more and more like her every day.

Here’s what you need to know about where I came from. I was born in DeKalb, Illinois, a small town 60 miles west of Chicago. I was raised the second-oldest child of three girls and a baby boy, in a typical, all-American, blue-collar family. My father was a machinist, electrician and glazier. My mother, married and pregnant at 16, was a housewife and later worked in a doctor’s office. My grandparents, aunts and uncles, and cousins lived nearby, which made our community feel like an extended family. We played softball outside until dark and never locked our doors. We had backyard barbecues and Fourth of July parades. It was a great way to grow up.

Contrary to popular belief, I was not discovered in a cornfield. I did spend every summer after eighth grade working in the fields, but so did almost every other kid who grew up in DeKalb. We would get picked up around 7:00 a.m., armed with sunscreen and a cooler full of food. We were each responsible for our own plot of about 200 rows of corn. We would spend 10 hours a day walking up and down each and every row performing various menial tasks, including detasseling, cutting back ear buds, and inoculating cornstalks. At one point, we even spread urea as fertilizer. Yuck!

It was hot, backbreaking work, but if you signed up for most of the summer, you could make about a thousand bucks—enough to cover back-to-school shopping, a new dress for homecoming and plenty of Suave shampoo. Luckily, I was in an all-girls crew, so to stay cool we basically wore next to nothing: a bikini top, short shorts and Elly May Clampett pigtails covered in dirt, sweat and pollen. While all that might make for a compelling visual to accompany my “how I got discovered” story, that isn’t how it happened.

When I was a sophomore in high school, I got a call from a local clothing store interested in hiring me to do some modeling for them. I had never dreamed of becoming a model and didn’t even know it was a real job. I did read Seventeen magazine and knew who Phoebe Cates and Brooke Shields were, but that was the extent of my fashion knowledge.

On the day of the meeting, I slid into my best Gloria Vanderbilt jeans, a cowl-neck sweater, and my Earth shoes. I set my hair on hot curlers and drove to DeKalb’s version of Main Street. I walked into the store and told the girl at the cash register I was there for the modeling job. She looked at me with a blank stare. I asked to see the manager. Several minutes later the manager came out and apologetically told me she didn’t know who had called me, but it definitely wasn’t her. I felt all the air leave my body. I ran out of the store as fast as I could, only to see two girls from my high school standing on the corner laughing. I felt like I’d been punched in the stomach.

About a year later, a new clothing store opened and enlisted a group of high school girls to be its brand ambassadors (although I didn’t know that term at the time). I felt lucky to be chosen—and thrilled with the 20 percent shopping discount they extended. We even did a fashion show and a shoot for the local newspaper!

Sometime during my junior year a local photographer named Roger Legal asked to take my picture for the Northern Illinois University paper. He covered all the major events in DeKalb, from high school football games to house fires. He also photographed a different college girl each week to be the featured coed in the DeKalb Nite Weekly. Even though I was still only in high school, he wanted me to pose for him.

My parents were rightfully suspicious. Roger assured them he was legitimate and invited them to accompany me to the shoot at a nearby park and at my boyfriend’s backyard pool. That picture was my first cover. v

“Becoming”?is reprinted with permission by Rizzoli.