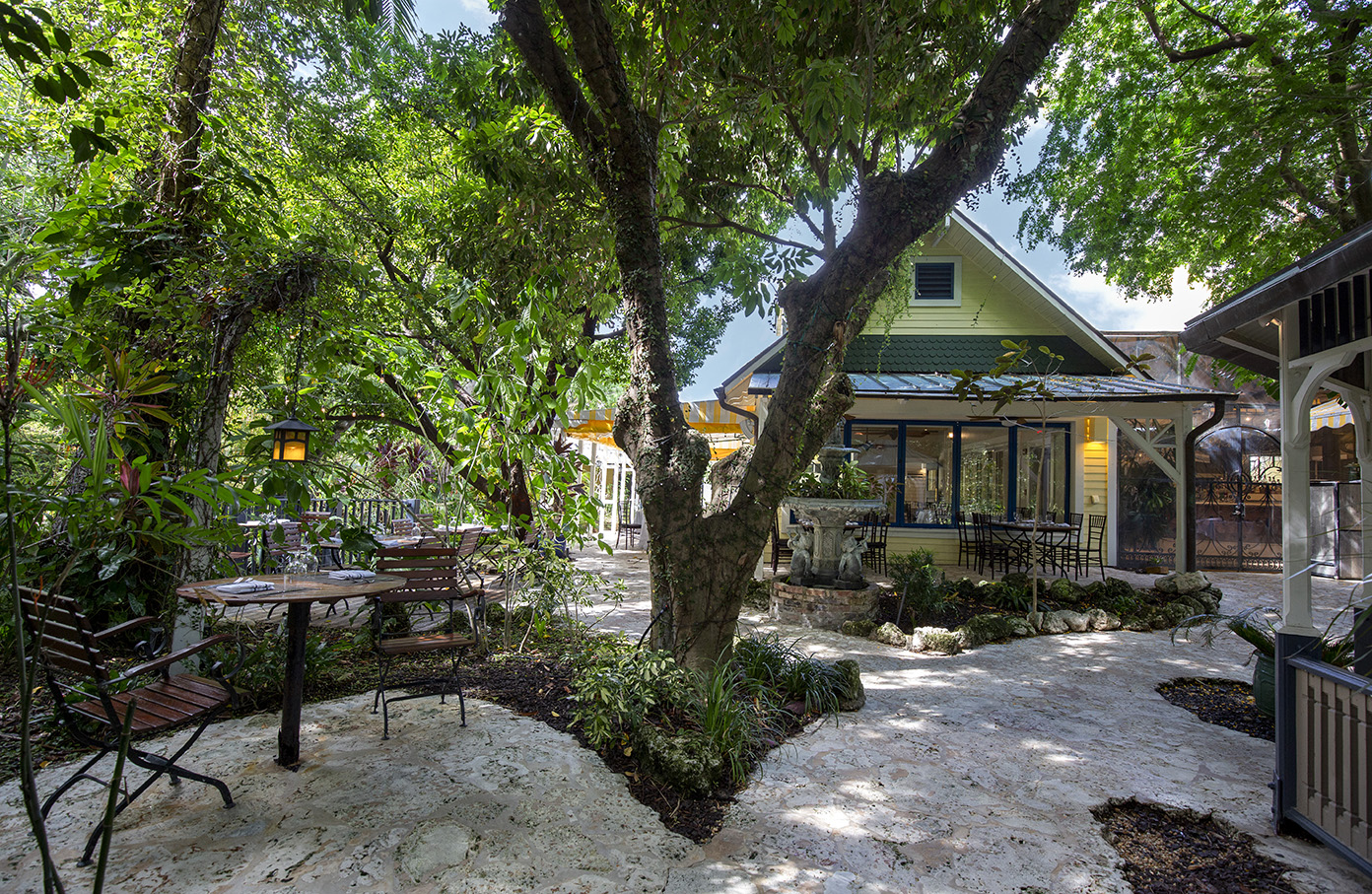 By Nila Do Simon
Photography by Kelly Sterling

Sundy House is doing something few hospitality spots are doing these days. It’s thrilling and unexpected and could be considered a little risky. Inside the 1-acre property that’s shaded by over 5,000 plants and sits one block away from the nightlife-filled Atlantic Avenue, the historic boutique inn has unveiled a restaurant overhaul at a time when the National Restaurant Association says the hospitality industry is on pace to lose up to 100,000 eateries in 2020 because of the economic blows dealt by the COVID-19 pandemic. It’s an impossible moment to open a new restaurant concept, even with a chef who cut his chops alongside star chefs Daniel Boulud at Café Boulud and Clay Conley at Buccan. Then again, it’s exactly Sundy House’s mantra to go against the grain.

To the uninitiated, Sundy House is the quintessential definition of a slice of Old Florida. Its sunshine-yellow restaurant building is nearly eclipsed by abundant bamboo and mango trees, as well as one of the oldest documented royal poinciana tree in the city. Outdoor dining takes place at the property’s many gazebos, in nooks that dot the coral walkways and among the koi that meander through its pond. Hardly fazed by the shiny, newly built restaurants that have proliferated in the tri-county area, Sundy House has debunked the idea that flashy and artificial is attractive while low-key and natural is bland.

It would be wrong to say that not much has changed in the property’s 118-year existence. Originally built for John Shaw Sundy, Delray Beach’s first mayor, the Victorian-style residence initially housed six bedrooms and four bathrooms before eventually morphing into the city’s first Baptist church, bank and school. Despite Sundy House’s many iterations, what’s remained the same is an overwhelming feeling of yesteryear—a century-old charisma and understated elegance. In recent years, it’s become a prime destination for Sunday brunch and special events, including weddings.

In typical Sundy House fashion, its new restaurant concept, Taru, opened quietly and rather unceremoniously in the summer as South Florida slowly relaxed pandemic restrictions. Its concept is straightforward: modernize the Sundy House experience that had been flagged for its dated banquet-style cuisine by introducing shareable plates and celebrating the deep-rooted connection between South Florida and the cuisines of the Caribbean and Latin America. But there’s another mission with Taru: “We just want the whole experience to be fun,” executive chef James Strine says. 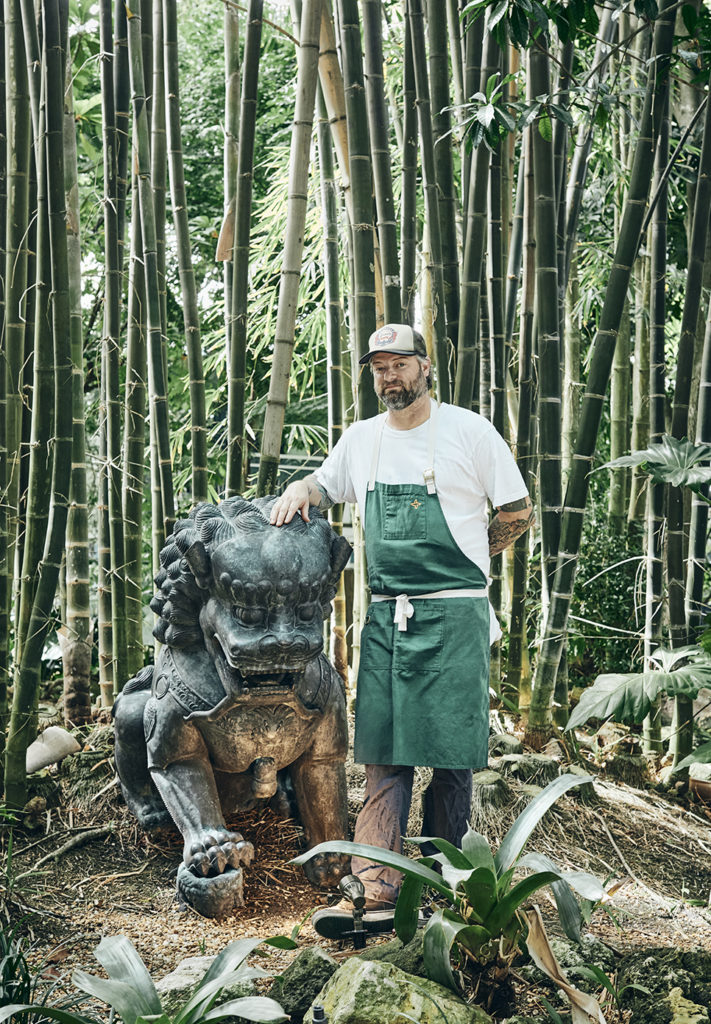 After years of being known primarily for its Sunday brunch and banquet dining, chef James Strine looks to return Sundy House to its glory days as a full-circle dining spot.

Fun is something Strine has looked for as he enters the next phase of his culinary career. He first stumbled into the industry as a 17-year-old dishwasher for fine dining eatery Gladchuk Bros. Restaurant in his hometown of Frederick, Maryland. Strine then parlayed that experience into an apprenticeship at The Breakers Palm Beach, where he worked under famed chef Matthias Radits. From there, he went on to Café Boulud at The Brazilian Court hotel and then Buccan, fine-tuning his skills with two of the nation’s culinary masters before becoming the opening chef of the Chinese American restaurant Hai House in Palm Beach. After working 17-hour days for seven days a week, proving himself in the industry as a chef without a formal culinary education, the 44-year-old Strine—who says he and his wife, Brandy, considered having their 2005 nuptials at Sundy House—feels he’s in a career moment where there’s no point to cooking unless he’s having fun. And it shows at Taru.

The menu features Strine’s playful takes on several stateside classics. Thanksgiving leftovers are reimagined in his turkey and stuffing croquettes with cranberry mayonnaise and crispy sage. The jerk barbecue ribs are a marriage of American flavors and Caribbean spices, complemented by pikliz, a Haitian-style vegetable relish.

Perhaps Strine’s inventions don’t get any more topsy-turvy than with his rice noodles and clams dish, an unexpected play off both the Vietnamese dish Bún bò Huế and Italian classic linguine with clams. Strine makes diners do several double takes by using rice vermicelli traditionally found in Asian cuisine instead of Italian pasta noodles, but then adding a white wine broth that’s common in European dishes instead of the lemongrass-infused bone broth typically used in the traditional Vietnamese noodle soup.

Taru comes at a time when the Delray Beach dining scene needs it the most. The city’s cuisine crown jewel, 32 East, closed its doors two years ago, and the Village by the Sea has been clamoring for a pinnacle dining spot ever since. Sundy House’s last star chef, Lindsay Autry of “Top Chef” fame, left in 2013 after a year-and-a-half stint, and a decade earlier, former Mango Gang chef Johnny Vinczencz helmed the restaurant.

Named for the property’s Taru Garden, which was coined after the Anatolian god of weather, Taru stands as a tribute to its surroundings. “We wanted to do something that reflects what we get from Florida, the weather, the ingredients,” says Ryan Zemel, general manager of the restaurant. “It’s such a transcendent environment, and we want to honor it.” 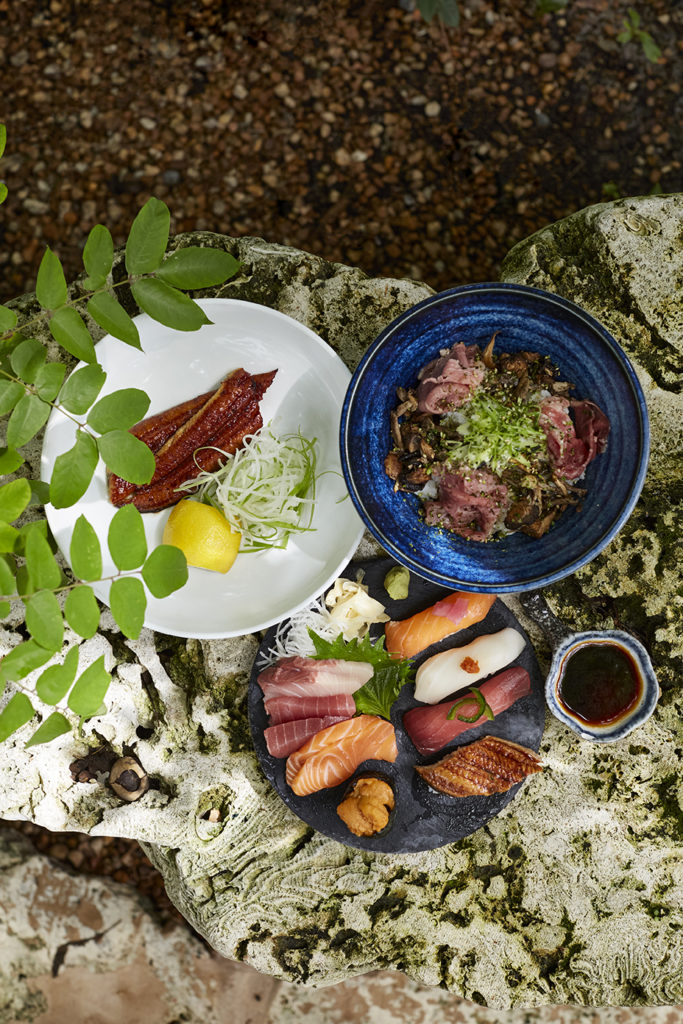 In an effort to keep the fun going, Sundy House recently debuted a pop-up called Kojin. The 10-seat spot takes cues from the omakase-style of dining that highly skilled Japanese chefs began popularizing, with a shifting menu that’s left up to the chef to decide on the day of as fresh seafood arrives in the kitchen. Open from Thursday to Sunday and set inside a small cottage toward the back of the property, Kojin will allow Strine to flex his culinary creativity in an intimate setting that few may have previously experienced.

In learning more about Kojin, I ask Strine what may be a difficult but obvious, if not important, question given today’s social climate: “What makes you, a white man from Maryland, the right person to introduce omakase cuisine to this region?” Strine, perhaps expecting this question, doesn’t flinch.

“I don’t want to represent a culture I’m not familiar with,” he says. “My idea is to take a traditional concept and run with it while being very respectful. When I go out, this is the type of food I eat with my family and friends, and I have the utmost respect for this cuisine. Kojin is not a menu, it’s not a dinner—it’s an experience.”

Still, Strine says that as much as he loves enjoying different cuisines and cultures, there’s one thing that’s certain: You can take the boy out of Maryland, but you can’t take Maryland out of the boy.

“There will always be Old Bay in my kitchen,” he says.