There’s an epidemic happening. It’s a universal disease we have all endured. Whether it’s fleeting or constant, the malady is loneliness.

In a 2018 Cigna study of more than 20,000 American adults ages 18 and older, nearly half of participants reported feeling sometimes or always alone or left out. The National Institute for Health Care Management Foundation also reported that one out of five Americans feels lonely or socially isolated.

That’s where Papa steps in. Inspired by founder and CEO Andrew Parker’s grandfather, the service connects college students and seniors, two generations separated by tenacious political leanings and pop culture. Parker’s grandfather, Joseph Terkiel, was an entrepreneur, world traveler, polyglot and sculptor. When he was diagnosed with Alzheimer’s, his family struggled to find a suitable companion for him. Parker turned to social media in search of a college student willing to spend a few hours a week with his grandfather, and a Venezuelan pre-med student answered his call.

Parker saw the joy this companion brought to his grandfather, and his entrepreneurial mind started to grind. The 31-year-old fleshed out a business plan and founded Papa in 2017 using his life’s savings. Fueled by the subsequent loss of her husband of more than 50 years and an intimate understanding of how Papa’s mission can transform families’ lives through companionship, compassion and kindness, Parker’s grandmother became Papa’s first investor.

Today, through a successful stint at Y Combinator, the noted Silicon Valley seed accelerator program, Papa calls Reddit co-founder Alexis Ohanian and actor Ashton Kutcher investors who together have contributed a combined $2.4 million. The company receives some 2,000 monthly applications to become a Papa pal, though it accepts only 15% of applicants. The rigorous selection process is based on factors that include a personality test, driving record, background check and virtual interview. While positions are open to applicants of all ages, the company primarily targets college students who are young and educated, have flexible schedules and are on a health care degree track.

Many pal tasks are transportation- or technology-based, like driving Papa members to appointments and hanging out with them in the waiting room or setting up a Netflix account. There are also a slew of entertaining activities pals participate in, from going to the beauty salon to attending a wedding.

Deerfield Beach resident Barbara Marks, one of Papa’s 10,000 and counting monthly members, has been using the service for two years and loves to cook, visit her grandchildren and go to the beach with her pal. A former computer programmer, systems analyst and author, Marks had to retire after being diagnosed with a debilitating disease. She felt alone in her assisted living facility, miles away from family.

“I did a million things before this happened,” she says. “Loneliness is a terrible thing. I was so down in the dumps, but Papa changed my life. I have so much in common with these kids. They make me feel safe and comfortable.”

As James Taylor plays in the background, Marks sways to the beat in the kitchen. She’s got a bounce in her step just thinking about her forthcoming journey to visit her son and grandchildren in Miami. Today, Marks is back in her own home and focused on teaching her pal how to cook her son’s favorite childhood meal—baked chicken wings—which the pair will personally deliver just in time for a family feast.

Marks and her pal were matched through Papa’s intricate algorithm, which connects pals to members based on availability and shared interests. Matches have included a former Tour de France competitor in search of a companion who could keep up with him on a bike, and a former Disney animatronics operator paired with a student who spends summers working as a Disney character.

Raised in Plantation, it was important for Parker to build his company in South Florida. With 40 employees managing 3,500 Papa pals in eight states, Parker plans to expand his business—which now works with several major health insurance plans—into 20 states and the United Kingdom by next year.

Feeling connected helps people maintain good health—just like nutrition, exercise and sleep. But what if you can’t drive, are bedridden or your family lives in a different state? For older adults, loneliness can cause a decline in their health. The British Medical Journal’s cardiology periodical Heart reported loneliness can attribute to an increased risk of coronary heart disease and stroke.

“Papa is a platform that helps where people need it,” Parker says. For that reason, the company is also working on expanding its services to help other demographics, including new moms and caregivers. “Being alone has a profound impact on your life. Human connection is the most important thing. So when a Papa pal comes in and changes everything, it’s magical. It’s a human prescription.” In the end, regardless of age, we’re all humans who want companionship and to feel loved. And that’s what Papa is all about. 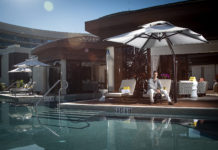 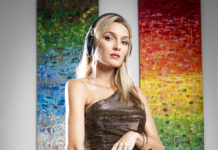